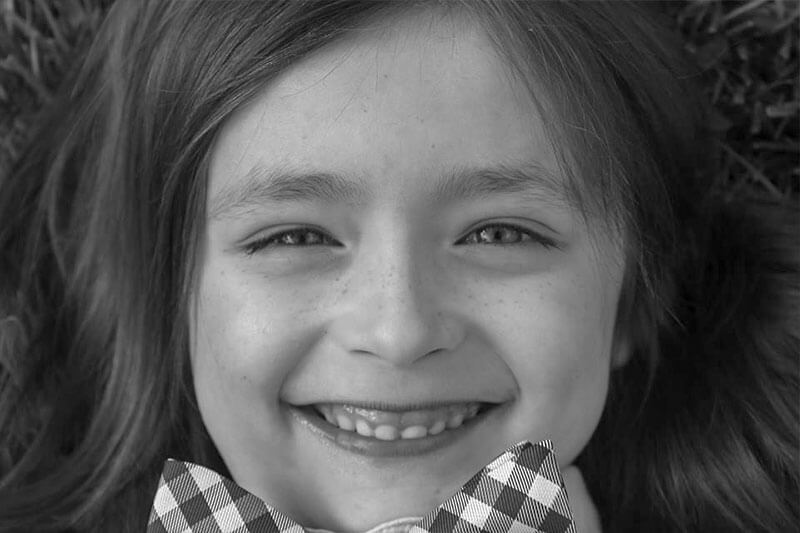 A Lunch Date to Remember for one Child with Autism

Since the day he was born, Kyran was smiling. Super wide-eyed with a newborn grin on his face, he was observant; taking it all in. His mother, Hannah, knew he was destined to be a unique and joyful kid from that very moment…and boy, was she right! This brilliant “Energizer Bunny” (a nickname from his grandmother) is an all-around happy child, even throughout challenges his little seven-year life has thrown at him. His smile shined even brighter last month – as did his mom’s and Hopebridge therapist’s! – when the three of them went out to lunch together for the first time in more than three years.

An Early Challenge with Food

Why was this such a huge milestone? For background, Ky has autism spectrum disorder (ASD) and food has always been a struggle for him, along with most anything associated with it. When he was six months old, Hannah was excited to introduce solid food to him. She was ready to take this new step in his growth and development; interested to learn his likes and dislikes. She even prepared charts to map out his meals and keep track of any possible reaction.

It didn’t quite go as planned. While the first foods are tough for most all babies, Kyran seemed to have aversions to baby food, even oatmeal. Mealtime became a daily battle. It was especially disappointing when he was not interested in his cake on his first birthday.

Not long after, Hannah became concerned with some of his other behaviors. While she believes parents should not compare their children, it was natural for her to see the apparent differences between Kyran and his cousin who is only seven weeks older. His cousin actively tried to engage with others, while Ky would go off into a corner and play with a random object; not necessarily in the way it was intended.

To aid in his development, Hannah started him in speech, occupational and physical therapy, all before he was 2 years old and all before he had a diagnostic assessment.

Although he was in therapy, Kyran was not diagnosed with ASD until February 2013. Because it was a process of working towards a diagnosis after recognizing signs of autism, Hannah somewhat expected it and was prepared to hear it. After receiving the autism diagnosis, she didn’t get angry, disbelieve it, nor make any major changes.

“Ky was the same kid walking out of the office as he was walking in the door, and knowing he has autism isn’t going to alter that,” said Hannah. “Autism doesn’t change who he is; it’s just something that influences our way of life. To me, it just means he can be himself. We don’t have to fit him into any mold. He has complete freedom.”

Want your kiddos to lead their best lives?

Don’t wait. We are actively accepting new patients. Find the Hopebridge Autism Therapy Center near you.

Next month, it will be one year since Kyran started attending Hopebridge Autism Therapy Centers. When he initially joined, he could not tolerate strangers, write with a pencil, respond when asked to do something, nor sit still in a chair for more than five seconds. His school could not get him into a lunchroom with other children and could not find a way to teach him.

What a difference a year with Hopebridge made for him. He’s learning to dress himself. He tolerates brushing his teeth. Kyran is non-verbal, and even though his former school attempted to use the Picture Exchange Communication System (PECS), Kyran is now using it successfully every day.

“I can see the relief in him since he crossed the communication barrier. It was a complete lull before. I had to translate situations and guess what he wanted,” said Hannah. “Now Ky will walk up and bring me a picture of what he wants. He actually gave me two pictures of Hopebridge this morning! It warms my heart to see how much he loves coming here.”

Best of all, Ky is tackling his food challenge. When he started at Hopebridge, he only had five preferred foods…now he’s up to more than 15 in six months! He also accepts being around other people who are eating food. This is huge for him, since even meals with his mother used to end in meltdowns, and they often missed out on celebrating special moments with family since it was too stressful.

The progress started while developing Kyran’s personalized plan at Hopebridge, when Hannah and his therapy team mapped out specific life skills and outings. Beyond discovering new foods, one of the goals they set out for him was going to a restaurant.

Since Ky recently started loving Fazoli’s breadsticks – which are unlimited! – so it seemed like a natural place to choose for his first outing. When the time came, he and Hannah were joined by his RBT Fellow Lorraine Burwell Woodruff. Neither knew what to expect.

“Ky waited patiently while we ordered food and didn’t yell or get upset. To watch him sit in a booth and not have him be bothered that there were people around him with food… I don’t even have words for it!” said Hannah.

He did not end up eating the breadsticks they hoped would serve as a reward for him, but all in all, it was a huge success and a great day. Because Kyran is non-verbal, we don’t know exactly what he thought about the lunch date, but his mother believes he would probably have the funniest thing to say about it if he could. This happy kid had a smile on his face the entire time, which is all we can hope for in the end.

“This is a perfect example of why we provide parent training at Hopebridge. We want moments that parents thought impossible to become reality,” said Lorraine. “Everyday activities that many of us take for granted, like eating at a restaurant, are something that we can help create for families like Kyran’s. Pretty incredible stuff we are doing with some amazing kiddos!”

“To watch Kyran’s therapist sit across from him with tears in her eyes and tell him how proud she is of him…I love that feeling. I love that he has so much support aside from me. There are always people cheering him on for these moments,” said Hannah. “That is the biggest reason we’ve seen so much progress with Hopebridge. The people who work here genuinely care about what they’re doing. I can let them take the reins with my son because I trust that they deeply care for him.”

Get to Know More About Kyran: