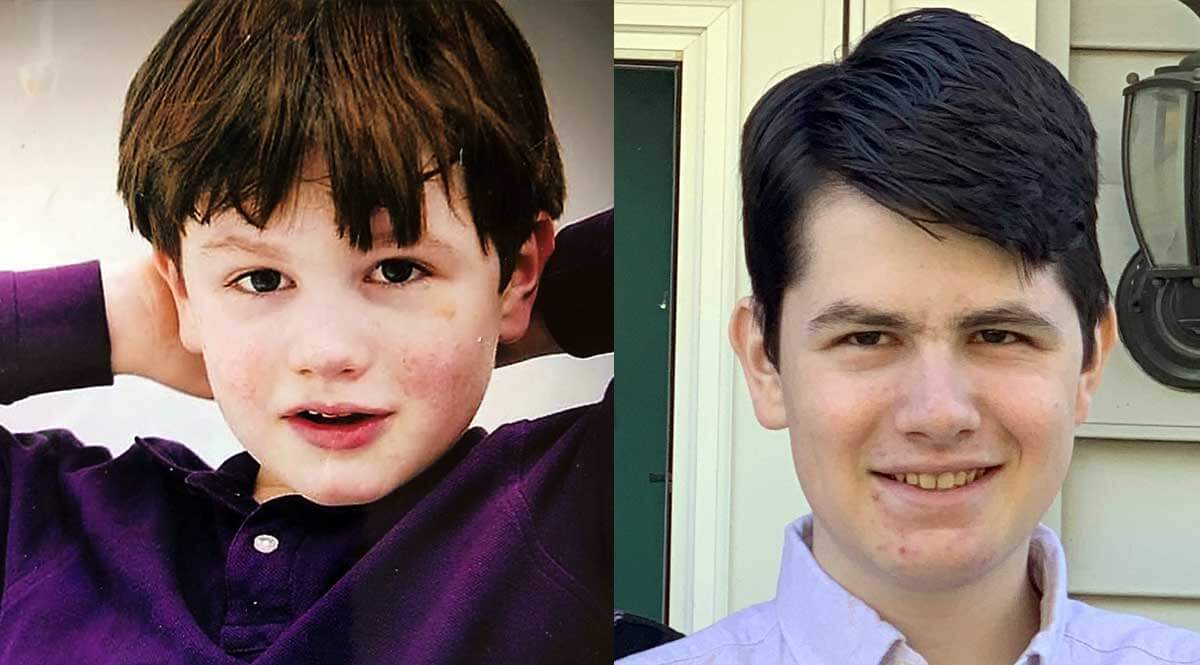 Before Pascal had an official autism diagnosis, he struggled with symptoms associated with Tuberous Sclerosis Complex (TSC), which can lead to seizures and developmental delays. His parents, Anne and Bart, had heard ABA could be beneficial to children with TSC, in addition to autism. Anxious to give their child the best chance at an independent life, they sought out autism testing. Once they learned he was on the spectrum, they jumped at the chance for Pascal to participate in ABA therapy.

Prior to joining Hopebridge, Pascal did not often speak beyond two or three words, one of which usually included “please” or “thanks.” He attended speech therapy, though Anne and Bart believe it was the integration of speech and ABA therapy through Hopebridge’s 360 Care that made all the difference.

“We regularly look back on our time with Hopebridge and know if we hadn’t put these building blocks in place when Pascal was 4 years old, life would be so much more difficult for him,” said Bart, when we spoke to him a couple years ago. “He’s now in high school and taller than both of us. Like other teens, he gets disappointed and moody at times, but he knows how to manage it for himself and we know how to talk to him about it.

Pascal’s love of basketball has not faltered since he was a child. His preferred reinforcer during therapy included shooting hoops on the small net at Hopebridge. As a teenager, he played with the Marion School District’s Unified Basketball League. Created for high school students with varying abilities, Pascal enjoys his seasons with this inclusive league.

Through early intervention, Pascal’s family helped lay the foundation for his future. If you have any concerns about your own child’s development, take advantage of Hopebridge’s early identification services to seek a autism testing now. Contact us to schedule an appointment or learn more about Hopebridge’s service offering.