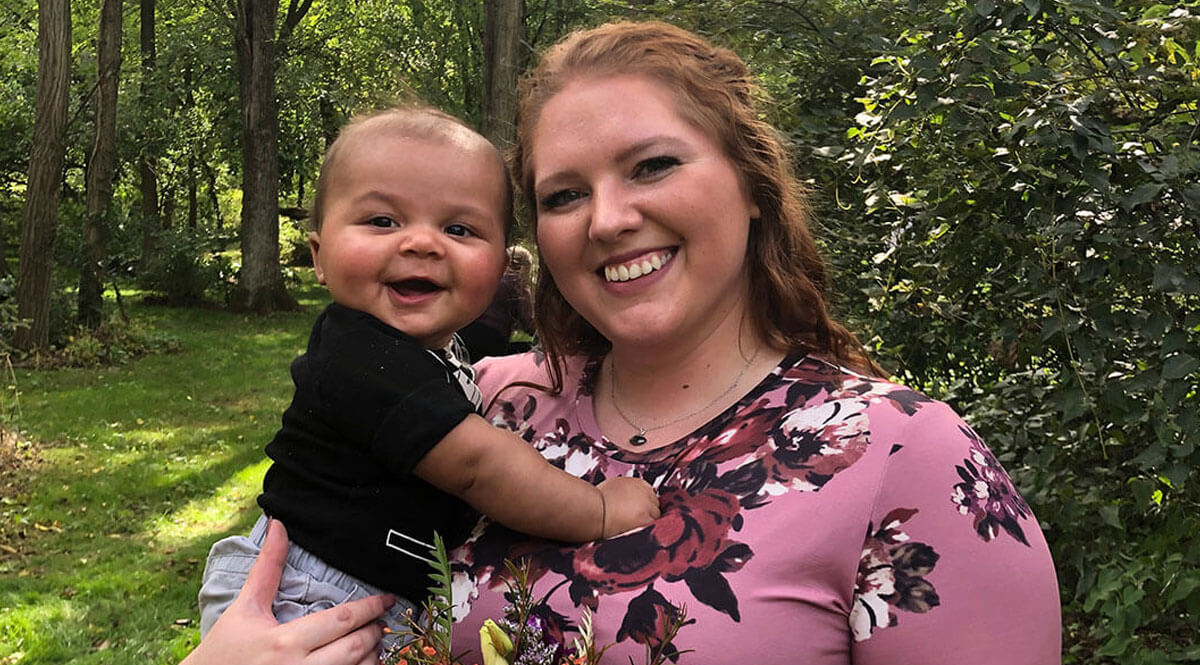 From RBT to Clinic Manager, this Hopebridge Hero Focuses on Celebrating the Little Things

Applied behavior analysis (ABA therapy) can have a monumental impact on children with autism who receive it, but it can also have a profound effect on those who practice it. Hopebridge Maumee Clinic Manager Gretchen Meyer is a great example of this. In her three years since working in ABA with Hopebridge, she has helped hundreds of kids lead more fulfilling lives while simultaneously enhancing her own career.

After graduating from Ohio Christian University with a psychology degree, Gretchen worked jobs as a nanny in Toledo while she figured out her next move (little did she know that “move” would initially take her to another state!). Her mother encouraged her to check out Hopebridge after learning about it from a family member who worked for the company. She hesitated at first, but following a phone interview, she was all-in with Hopebridge and decided to relocate to Indiana within a matter of weeks to work in the Fort Wayne center.

“I did not have a ton of direct experience with ABA therapy when I started, so while my background prepared me to work with kids, I could not anticipate what ABA would bring to my life,” said Gretchen. “Within a couple of months of working with these basic principles at Hopebridge, I watched kids make stride after stride; accomplishing skills and tasks they could not manage when I first met them. It was amazing and stuck with me ever since.”

Gretchen immediately blossomed in her role as a Registered Behavior Technician (RBT). She became more comfortable in her role, though she had some pretty challenging cases. She believes her niche lies in working with higher behavior, nonverbal kiddos.

“These kids always have my heart and I get pumped about working with them. Seeing what good Hopebridge does for children from one spectrum to the other is what instilled my love of support for my coworkers,” said Gretchen. “I always had the desire to make sure the person beside me could help a child just as much as I could. It’s an understanding that if I support them, they will have the ability to support someone else.”

It is this mindset that brought Gretchen to her next position within Hopebridge. Having previously worked alongside Gretchen as an RBT, Billy Young, who became the clinic manager for a brand new clinic in Maumee, sought her out to bring her in as the center’s ABA trainer.

A new role at a new center that was closer to her family…why not? It all happened quickly, and within a couple of weeks, Gretchen was helping to build a new center and impact the lives of new kiddos back in Ohio.

What influenced her move back to Maumee?

“The deciding factor was a little bit of pride and a little bit of comfort knowing I would be going back to the center I helped develop to get to this point. It’s a crazy experience to go from watching a bunch of empty walls to a fully staffed, at-capacity center,” said Gretchen. “Ultimately it was the people who brought me back. I had the chance to train all of them and played a role in building their love for Hopebridge, these kiddos, and ABA in general. Now I can be here egging them on to be better therapists just as much as they are here for me to work better for them.”

How ABA Affects Everyone Involved

Some of Gretchen’s favorite memories at Hopebridge thus far surround one specific little boy. He was nonverbal and struggled with quite a bit of stimming when he began the center-based therapy. After nine months of working with him, this child spoke in complete sentences and could put his shoes on appropriately and tie them.

“It was a long journey, but this kiddo will always have a spot with me,” said Gretchen. “I tend to remember the moments with kids who had high intense behaviors, but I also remember singing wheels on the bus with them an hour later. These children and families wake up every day with challenges most people can’t comprehend, and it is inspiring to see them go out and conquer hurdle after hurdle.”

Her work in ABA has made a difference in her life beyond the job itself. Gretchen believes working with these children has increased her patience, as well as her ability to give grace.

“Every day there are obstacles, so it is important to give grace to myself and my team members. It is not comparable to what these kids are working to overcome,” said Gretchen. “I have a way to communicate my needs, wants and failures, whereas some of these kiddos do not. Giving grace to myself and knowing they need me either way, no matter how I’m feeling, has been really special during this whole process.”

While Gretchen no longer gets the daily one-on-one interactions with the children in the center, she sees the bigger picture.

“I may not get to celebrate one specific kiddo clapping for the first time, but as a center manager, I now get to celebrate 20 of them achieving a skill. I get to hear about even more little victories, which is more rewarding for me,” Gretchen shared with us. “Something I always appreciated about Hopebridge is that I am encouraged to celebrate the little things every day.”

Gretchen is an inspiration to those around her. Watching her success and growth within the company is exciting and Hopebridge is looking for even more dedicated therapists to join the team and advance with us. If this sounds like you, visit our Hopebridge job board to start or continue your ABA journey with us.

Get to Know Gretchen

Fun Fact: “I’m a twin and we were born in Japan. Plus, we have two older sisters who are also twins. All girls, all fraternal twins!”

Favorite autumn activity: “I always go pear-picking in the fall. There are a few pear trees within many of the apple orchards, so I try to seek them out each year.”

Favorite superhero: “Aquaman. I always loved the water and when I was younger, I wanted to be able to swim like he can.”