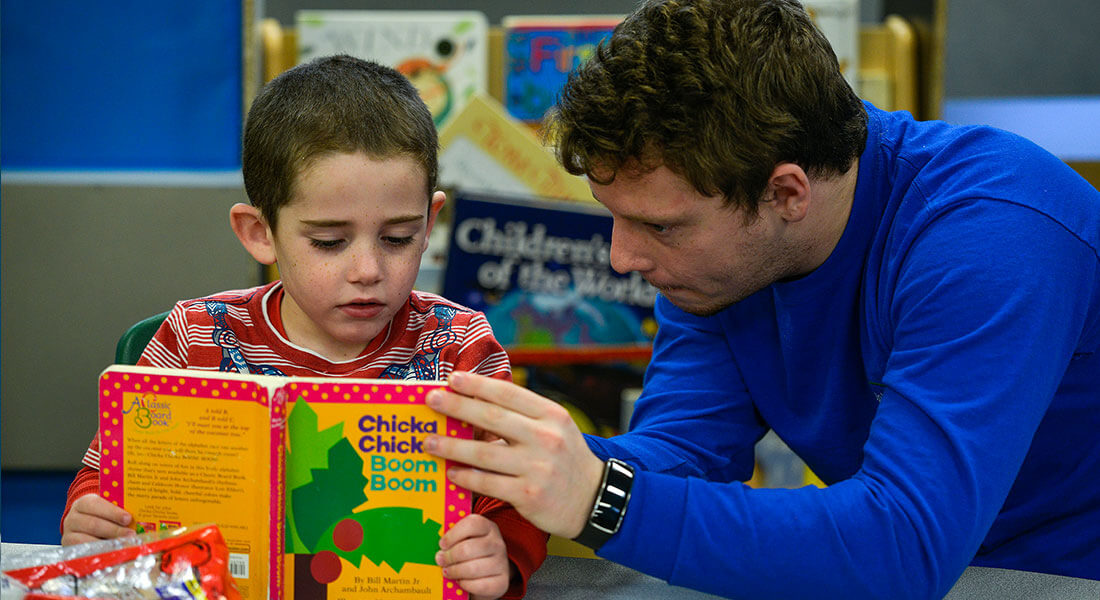 Autism is becoming a little more understood among neurotypicals, thanks in part to the rise of TV series like “As We See It” and “The Good Doctor,” plus characters on shows like “Sesame Street” and “Chicago Med.” Increased exposure to the media expands awareness and respect for autism spectrum disorder (ASD), but its portrayal can also raise a lot of questions and assumptions.

We cover the definition of autism is and what it means to our Hopebridge community on our “What is Autism?” page, but we know the education doesn’t end there. It’s also important to understand what ASD is not. For this, we turned to Hopebridge Director of ABA Melissa Chevalier to discuss some of the most common misconceptions connected to autism.

…the same for everyone.

The mindsets about autism are often ditch to ditch, and people who have it tend to get bucketed in one extreme or the other. Using that thought process gets us far from the truth. Autism is not just one thing; it is a spectrum. These are individuals who have their own unique personalities, characteristics and capabilities. ASD affects each person in different ways and in varying levels. Just because you may have a cousin with autism who doesn’t care for hugs, flaps his hands when excited, and has a knack for sports statistics, doesn’t mean another neurodiverse individual experiences the same challenges or successes.

…indicative of exceptional intellectual or artistic abilities (a la Rain Man).
This is the side that is often highlighted in fictional stories. You’ve seen it: a genius who just seems a little socially awkward. Yes, there absolutely are incredible scientists, artists, musicians, mathematicians, directors, comedians and individuals with other skills and talents who live with autism. Yet it is misguided to think that autism in itself leads to extreme intelligence or out-of-this-world creativity.

…lower intelligence.
On the other hand, it’s also a myth that children with autism are not as smart as their peers. There are limitations – sometimes many of them – but again, autism is not directly linked to intelligence. People with ASD often learn differently and may take a little longer to catch on in some areas (e.g. social cues), but they may also excel in other areas. It doesn’t mean they understand less or have a lower IQ. This fact extends to those who cannot talk, as well as others who need assistance using the restroom, so don’t be quick to judge.

…non-communicative.
A lot of times, if people don’t hear someone vocally talking, they assume he or she cannot communicate at all. With autism and other developmental disabilities, this is not the case, even though some individuals may not be able to speak. ASD is not equivalent to deafness, and it doesn’t mean someone lacks thoughts to share with others. Sometimes the thoughts are processed; verbalizing them is just difficult. Thanks to therapies, assistive technologies and tools like the Picture Exchange Communication System (PECS), children with autism are increasingly able to communicate, even if their voices can’t be literally heard.

…a lack of emotion or desire for relationships.
Because of some of the associated communication and behavioral challenges, it may seem as if people with autism aren’t interested in others’ feelings or even have their own. This is incorrect. It’s true they may not always detect body language or read between the lines to catch onto sarcasm, but the emotions are there. They feel happiness, sadness and everything in between. Words might affect them differently and they may need assistance through more direct, verbal cues. When they do pick up on the signs, they may not express sympathy or affection in the expected manner, although it doesn’t mean it’s not heartfelt.

…unsuccessful.
For those who do recognize kids with autism often communicate in a different way, they sometimes conclude these children will never be as successful as someone who can’t communicate verbally. Again, not true. Many graduate high school, go to college and get jobs, just like the typical “American Dream.” Others achieve success in different ways that should also be applauded: living by himself as an adult, winning a swim meet, or even saying “mom” for the first time at 9 years old.

…the end of the world.
We sometimes see disappointment from families whose kiddos were recently diagnosed with ASD. Admittedly, this is new territory for many and that in itself can be scary, let alone some of the extra strains and worries that come with it. These are natural feelings and we don’t want to take that away. Autism adds pressure on parents and siblings, for sure, but it doesn’t have to be seen as a tragedy. Speaking isn’t the end-all, be-all. Nor is tying one’s shoes, giving eye contact or any other behavior someone with autism might – or might not – experience. Thankfully the diagnosis has a different meaning today than it did even five years ago, thanks to the advancements and resources available. There are more opportunities, therapies, technologies and coping methods for families. Most of all, there are communities that offer support, like the one we built at Hopebridge.

This list of misconceptions and flat-out falsehoods could go on and on, just like the definition of autism. Please join us in changing the narrative around autism and lay some of these to rest. Are there others we missed? What are some of the areas you feel mainstream culture misunderstands about autism?

If you want to find out more about autism and get your child support, connect with us online so we can get started in person at one of our centers around the nation.

5 Tips for Helping a Child with Autism Enjoy Football Season

A Christmas Social Story for Children with Autism